COARSEGOLD — The Coarsegold Miner’s Grill is getting ready for an unbeatable event on Monday, Nov. 11, in honor of Veterans Day.

The crowd-pleasing diner is preparing to serve free breakfast, lunch or dinner to any American veteran of war and anyone currently serving.

Leading up to Veterans Day, the Coarsegold Miner’s Grill was bustling with activity as final touches were being placed on special decorations, and customers were bringing in some of the most precious items imaginable: ephemera including historic photographs and memorabilia from their days of service. 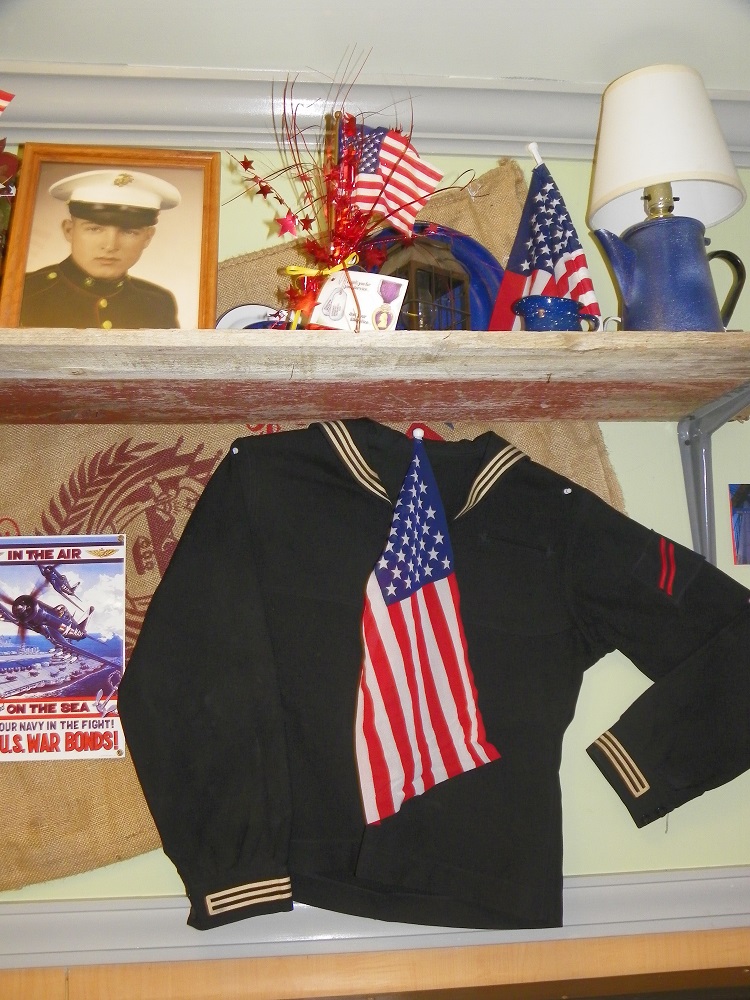 Adorning the walls, shelves and glass cases inside the diner is a growing collection of artifacts including uniforms, pictures, hats, posters, flags, insignia, signs and more, all historical remembrances of military service, all branches, all wars.

These physical manifestations of blood, sweat and combat are carefully placed beside older tin plates and jugs, some remnants from the 19th century mining boom the café is named after. The Coarsegold Miner’s Grill features “delicious home cooked recipes” in a “fun family atmosphere,” and now it’s also providing guests with a living tour of history.

Server Leigh Goodman is responsible for much of the observance surrounding Veterans Day, as she has a deep appreciation of service men and women stemming from her time caring for residents in assisted living, many of whom were veterans. Leigh started working at the diner last year before Veterans Day, and she saw right away that many of the regular morning crew of customers were vets.

Leigh began thinking that a major celebration of Veterans Day was in order.

“We’ve got all the guys that come in for coffee and they started bringing me stuff. I put it up and we served free dinner on Veterans Day last year,” says Leigh. “We all worked for free that day because we just wanted to serve and honor all of them.”

Now, a year later, men are still coming in with photographs to add to the powerful collection of military memorabilia. “There’s a ton of guys up in these mountains and we just get more and more photos and stuff to display every day, and they love it,” Leigh says.

Restaurant regular Terry Cole is a founding member of Caring Veterans of America and is currently the organization’s Commander. Cole is a former combat engineer and paratrooper, Sp. 5 with the 1st Airborne Division, who was in Vietnam from 1966-68. Today he is a force with Caring Vets, a nonprofit whose philosophy is “veterans caring for veterans.” Commander Cole brought three photos into the diner to share with friends, including a snapshot showing him tucked into a foxhole in Vietnam. Also having a meal along with a walk down memory lane was Chuck Epperley, who served stateside during the Korean War as an aircraft manager, air logistics. He lent several pictures including a 1949 shot of an humongous B-36 aircraft.

The B-36 remains the largest mass-produced piston engine aircraft ever made, with the longest wingspan of any combat aircraft ever built at a whopping 230 ft., acccording to Wikipedia. It was the first bomber capable of delivering any of the nuclear weapons in the country’s arsenal from inside its two bomb bays, without aircraft modifications. Anyone who has been in service to the country will appreciate the outstanding service offered to everyone – not just veterans – at the Coarsegold Miner’s Grill, though frequent customers who are vets may have a few more amenities than the average Joe, especially when it comes to a cup of Joe. For instance, most morning regulars have their own coffee cups waiting, with a military insignia sporting their own names. The cups are courtesy of the restaurant.

Meanwhile, plans are for this year to be the best Veterans Day celebration yet. a trend the diner intends to continue. “This year we wanted to make it bigger and better so we will do breakfast, lunch, and dinner: they have their choice of which one meal is free. We’ll do it every year and there will be more guys and gals and more families that we will honor.” For those who are technologically able, take a relaxing listen to Garrett Hedlund’s song featured at the bottom of the diner’s landing page, “Timing is Everything.”

For more on local veterans services check out Caring Veterans of America.