A Valentine's Day Gift Of Life

COARSEGOLD – When Sheila Moreno discovered she had kidney disease, she had no idea the outpouring of love and support that was headed her way.

Now, a truly special evening is set to unfold at the Coarsegold Community Center on Saturday, Feb. 1, at 5 p.m. as friends and family host “Fiesta for a Future,” a fundraiser that will ultimately benefit two local couples whose lives have intersected in ways no one could have imagined just a few years ago.

Fiesta for a Future is an evening of food, fundraising and entertainment, as a way to support kidney donor Eric Wynne, who has stepped up to offer Sheila Moreno the gift of life.

Eric is married to Tina Wynne, who owns A Village Hair and Nails in Coarsegold. One of Tina’s long-time clients is Sheila Moreno, who owns Robert’s Frosty, together with her husband, Robert Moreno. Sheila, 49, has polycystic kidney disease (PKD), a progressive, hereditary kidney disorder in which cysts form in the kidneys, causing the organs to become enlarged.

She was diagnosed three years ago, after Nurse Practitioner Pam Rico at Primary Care noticed Sheila’s routine blood work revealed results that indicated kidney disease. “She saved my life,” says Sheila of Rico. Before long, others would emerge as saviors as well.

Over the course of many months, Sheila’s hair stylist Tina Wynne began to appreciate the serious nature of Sheila’s condition and set out to learn more about PKD.

“Through monthly hair service visits and building a friendship, I would find out more about what a struggle it is to have this disease,” says Tina. “Both of Sheila’s kidneys are failing, her ‘numbers,’ as she would report to me, are progressively dropping and at each doctor visit she is in fear of having to begin dialysis.” Sheila explained she was ready to enter a kidney donation program, and she had two options: either receive a kidney or undergo a procedure to begin the process of dialysis. That’s when Tina made a big decision.

“I said I would sign up and see what it takes to be a living donor,” says Tina, who ultimately was not a match for Sheila. As it turned out, Tina’s husband Eric was a match, and both Sheila and Eric will have surgery for the transplant on Friday, Feb. 14.

“Eric is a near perfect match,” reports Tina. “A few months before, Eric had gotten a tattoo to remind him of his life, the bible verse John 15:13, “greater love has no one than this, that someone lay down his life for his friends.” Eric works in telecommunications for Valley Yellow Pages. He and Tina are the parents of two sons, Tristan, age 13 and Connor, age 10. Sheila and Robert are the parents of three children; daughter Rebecca, 20, son Robert, 18, and Serenity, nearing age 4.

Following surgery, scheduled for Valentine’s Day, Eric is expected to remain hospitalized for two to four days and will endure a four to six week recovery. Sheila will be in the hospital four to seven days and her recovery will be at home over the course of four to eight weeks. Eric’s left kidney will be removed for transplant; Sheila’s own kidneys will remain but be bypassed, and doctors say the healthy new kidney will be immune from PKD. Both Eric and Sheila will be cared for by family and friends, and the cost of recovery is uncertain at this time, though organizers of the Fiesta for a Future fundraiser are anticipating it will be high. That’s why Sheila and Robert Moreno have decided to organize the event, together with Tina and others, to support Eric as he gives the gift of life.

A group of supporters met for dinner and strategic planning Monday night at Robert’s Frosty on Hwy. 41 in Coarsegold. Present were Tina, Robert and Sheila. Robert had earlier explained that Sheila’s kidney function was down to 10% and her energy level was very low. Sitting at the table with friends and community members working to make her dream come true, Sheila’s spirits were buoyed by the outpouring of support.

“For 21 years we have worked hard and pulled together,” Robert “Bobby” Moreno says of his wife Sheila. “‘Everything has always worked out, babe,’ I tell her. The same thing will happen and this will work out fine. We just walk forward with our heads up.”

Beginning at 5 p.m. on Saturday, Feb. 1, the Coarsegold Community Center will host the event designed to support Eric Wynne in his recovery.

“By Sheila and Bobby giving the gift of this fundraiser, we have seen a huge amount of community support and willingness to help. Again, the faith miracle is continuing to grow, and watching renewed minds and spirits grow is amazing,” Tina says enthusiastically. 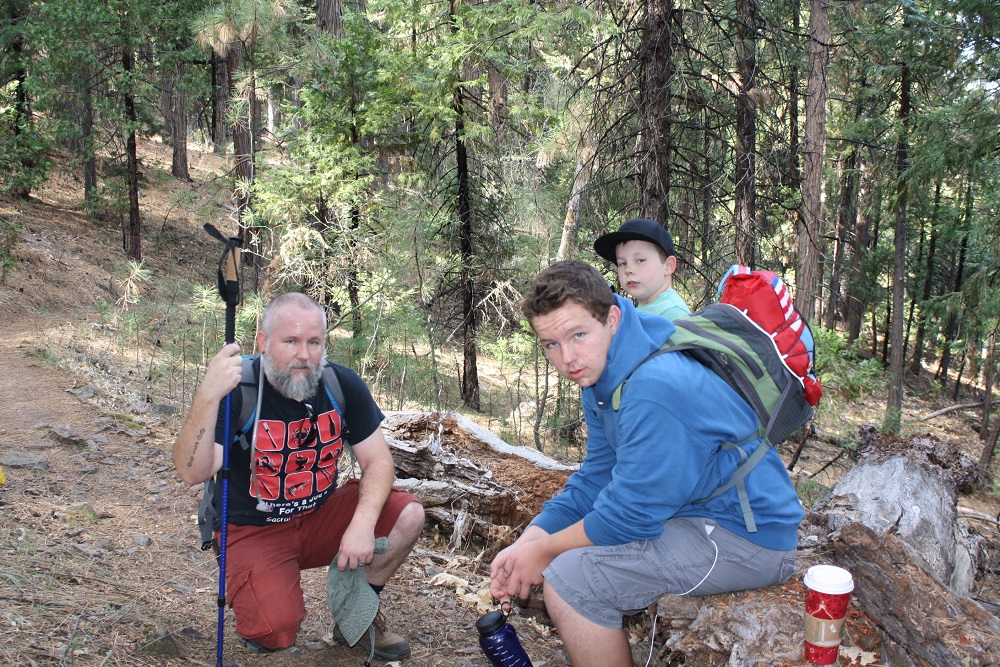 “Come have dinner at the Coarsegold Community Center,” say organizers, for a menu of ground beef enchiladas, rice and beans, and chips and salsa. There will be great door prizes, plus a silent auction filled with some amazing deals, and music provided by local DJ Albert Figueroa.

Advance tickets are available at Robert’s Frosty and A Village Hair and Nails for $10 each. Dinner will also be available to-go.

The silent auction is coming together, featuring gift certificates from supportive businesses like the Coarsegold Miner’s Grill and even a trip for two to La Paz, Mexico. There’s also a golf package, a bench from Alfonso’s, a coat from Vintage Chic and a case of wine. Also among the many prizes up for bid are a “full head highlight or color service” by the very same Tina Wynne whose chair Sheila sat in, when the story of friends and neighbors coming together first began. “The way I feel is that, seriously, it’s a miracle,” says Sheila of the fundraiser and surgeries. “I feel extremely blessed and want to express how special the town is. Everyone has stepped up and the support has been incredible. The support is insane, and I feel privileged and proud to live here and be with these people.”

Organizers are also offering vendors a booth for a fee plus donation to the silent auction. Call Melody at (559) 683-4222 for information about renting space.

The Coarsegold Community Center is located at 35540 Highway 41.