TUOLUMNE COUNTY – As the Rim Fire continues its advance to the north and east, over 15,000 of the 149,780 acres burned are inside Yosemite National Park, and new evacuation orders have been issued.

According to Park Superintendent Don Neubacher, most of the fire activity in Yosemite is near Cherry Lake, Lake Eleanor and the Hetch Hetchy area.

Fire crews are working hard to stop its advance on the Hodgdon Meadow area/Big Oak Flat Gate and Merced and Tuolumne Groves.

The fire is roughly one mile from the Hetch Hetchy Reservoir, three miles from Hodgdon Meadow, eight miles from White Wolf, and roughly 20 miles from Yosemite Valley. 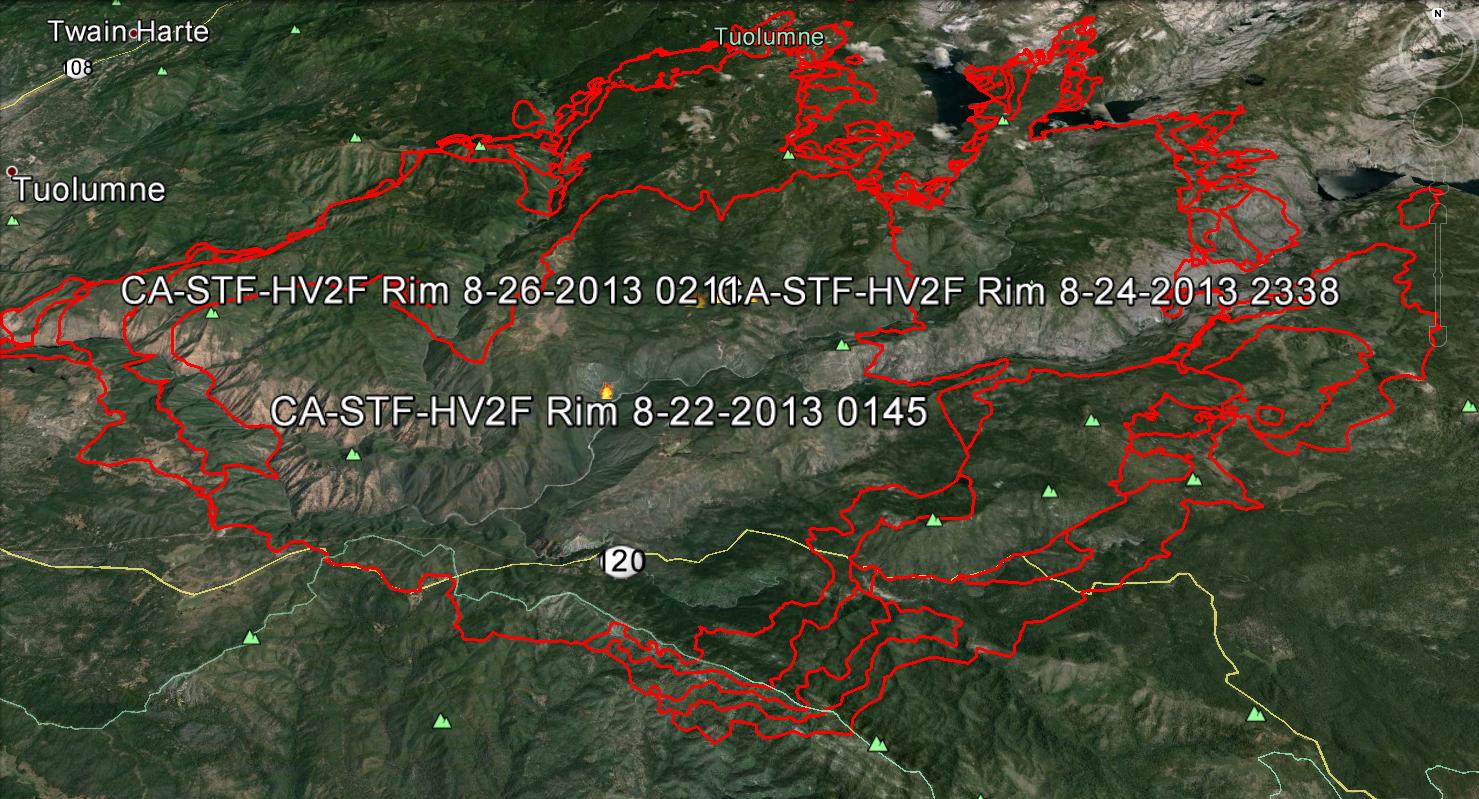 The White Wolf area is currently being evacuated due to smoke impacts in the area. All services, including DNC operations and the White Wolf Campground, closed to the public on Sunday, Aug 25.

The Yosemite Creek Campground and the Tamarack Flat Campground are slowly being vacated as a precaution due to limited, and slow, ingress and egress from both campgrounds.

Highway 120 west of Crane Flat Campground and the Hetch Hetchy Road remain closed, and the Hodgdon Meadow area has been evacuated. The Merced and Tuolumne Groves are closed to the public to allow for continued fire suppression operations by fire crews. The groves are not in imminent danger, says Neubacher, however will remain closed as a precaution.

“Employee and visitor safety is our number one priority and we will continue to do our best to keep you updated on the situation as it progresses,” says Neubacher.

Firefighters and equipment continue to arrive at various locations throughout the fire area, with the number of personnel swelling to 3,678. The cost to date of the suppression efforts is $20.1 million.

The Rim Fire was discovered on Aug. 17, and the cause is still under investigation.

Fire crews made significant progress yesterday and through the evening hours along the western edge and fire growth is expected to slow because of their efforts. The fire continues to grow toward the east and southeast resulting in an Evacuation Order and Evacuation Warnings yesterday.

Control lines for the southern perimeter have been constructed and firing operations will be conducted over the next few days as conditions allow. Crews continue to construct fire line where accessibility and safety allows.

An evacuation center has been set up at the Mother Lode Fairgrounds in Sonora.