OAKHURST – A Fresno man is recovering from injuries sustained after falling roughly 50 feet from the Lewis Creek Trail on Sunday.

Larry Ross Teixeira, 38, was hiking with friends when he reportedly lost his footing, tumbled down the side of the trail and ended up wedged between moss covered boulders, according to the Madera County Sheriff’s Office. The call for help came in shortly before 3 p.m. on Sunday, Dec. 9. Law enforcement and rescue crews were dispatched to the location just off Highway 41 about five miles north of Oakhurst.

The injured hiker was on the opposite side of the creek from rescue crews, who had to inch their way across the frigid and fast moving water on a ladder laid across the creek. Rescuers then hiked 100 feet up the steep hillside, in search of a tree sturdy enough to handle an extraction using rope. The initial plan was to use CHP Air Ops to assist in bringing the hiker out, but the location of the victim made that option unworkable. The decision was made to haul him out by rope, executing what is known as a “high angle” rescue. 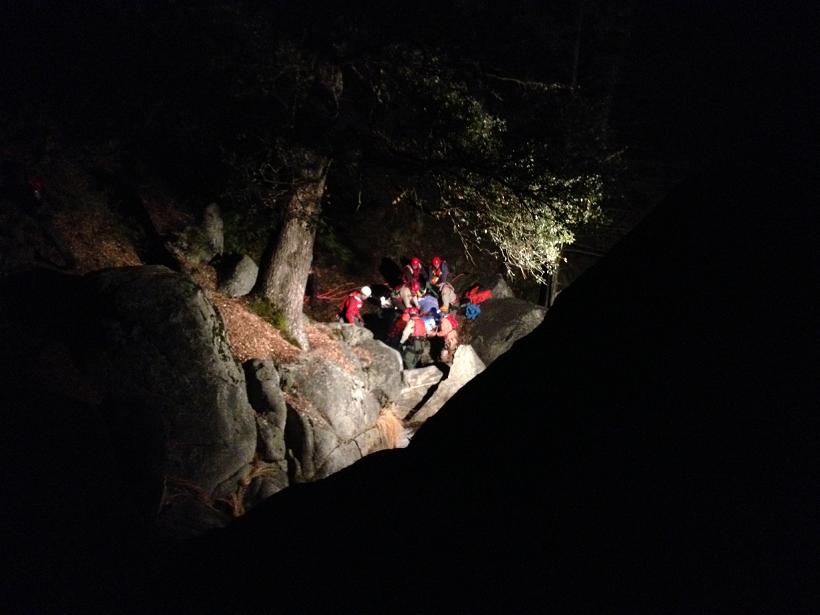 The operation required the skills of the Madera County Sheriff’s Technical Rope Team, sending six men rappeling 100 feet down to extract the victim while attached to ropes.

Once they reached the injured man, they placed him in a stokes litter and vertically pulled him to safety. The mission took five hours to complete.

The victim was transported to an area hospital by ambulance with undisclosed injuries.