Ann Elias has discovered a new technique to add to the garden,…’hose-craft!’ Ann says, “When your hose is too worn to properly deliver water, turn it into a no-slip rug to place near your potting bench.”  Hose-craft is taking useless old hoses, considering them ‘art supplies,’ and re-purposing them in the garden.

Here is the step by step “How-To” 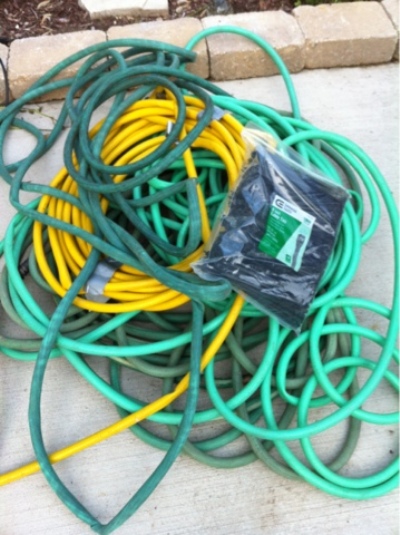 Ann explains, “When I was having problems finding old hoses at rummage sales, I decided to post on a local ‘Buy, Sell & Trade’ Facebook page and ask.  Now, I have more than enough colors and lengths to make another hose rug after this.  I purchased one for $1.50 from a thrift store…but all but that one were free from people that liked the idea of their old hoses not taking space in the landfill. I did give one lady $2.00 for one. Now, I get get started on my rug!” 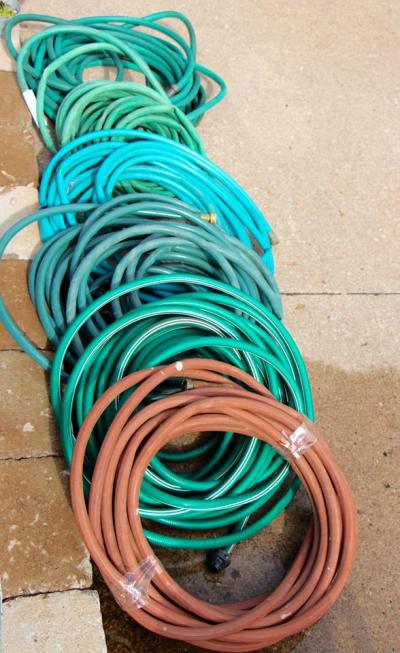 Ann says, “I used four different hoses. I cut them when I wanted to change colors.”  It’s a good idea to ask locally for hoses, Ann advises,…in local ‘buy and sell’ and free-cycle groups.  “We have such unique needs, no one wants old hoses and those groups are a good source of ‘art supplies.’”

Start out with size 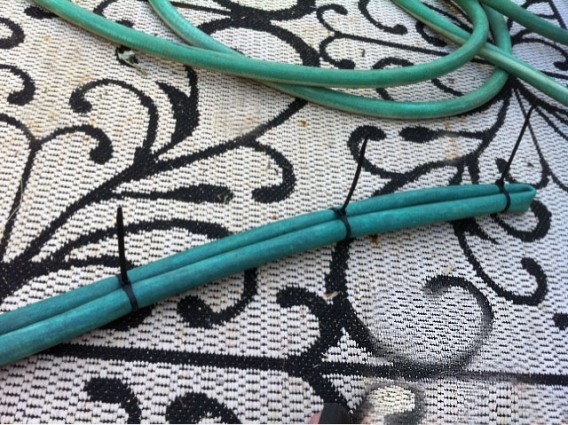 Ann cut both ends off the hose with a sharp knife. Then she just doubled over one end and used the zip ties to secure them together, as shown, and then just kept going around around until she needed to add the next hose.  “I started on the ground zipping my hoses together,” Ann says. “I started with a 31-inch section and then started to bend it around and around.” 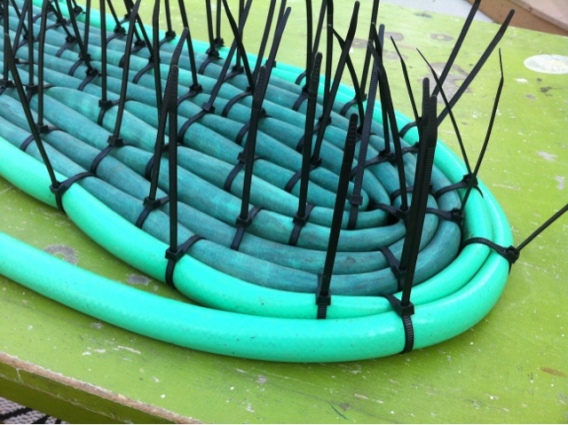 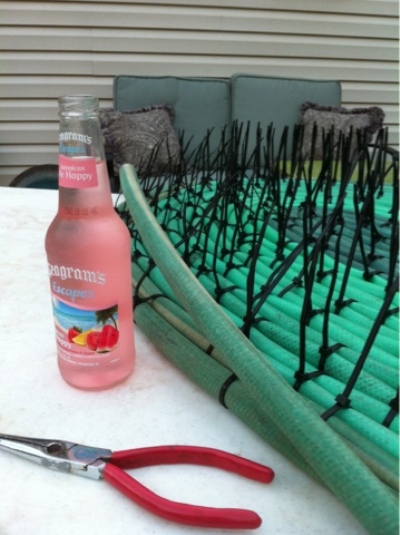 “Break time, ” Ann says, “..I need food!  After all, it was the 4th of July this day.  I quickly decided to continue the project on a table. I can’t sit on the ground like I used to when I was younger.  I then had to move to a bigger table. You may want to start with a larger table to begin with!”

Ann says, “Cut one hose and add another color where you want it.  I also learned not to pull the zip-tie too tight, just enough to hold the hose securely to the previous row.  I didn’t measure how far apart I placed the ties, I just tied them where I thought they needed to be to hold to the previous row.  I would say the average spacing was about 4 inches apart. The next day..my husband, Mike, clipped all the ends for me.” 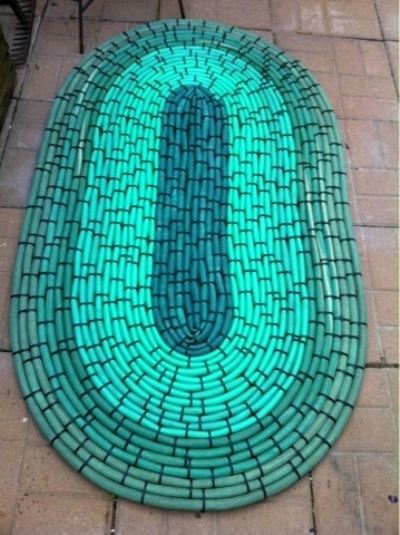 “I love the way it turned out and it feels like walking on crocs, Ann tells us. “I may have used more zip ties than needed, but I figured if some broke it would not make a difference. Using the four different hoses made the end size 61″ by 35.” 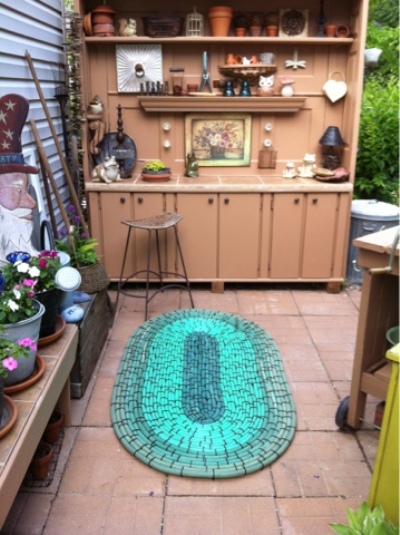 Ann sys, “My ‘rug’ is holding up well. It’s been outside winter and summer for almost two years now and it looks as good as the day I made it.  I think I may even make a round one when I get some more old hoses.”

“Working in the sun makes the hose very soft and easy to work with. Don’t save this one for a winter project.”

“For those asking if it’s hard on your hands…not at all. But using a needle-nose pliers even makes it easier.”

“It took longer then I thought it would, lucky it was so nice outside and it’s a relaxing task.”

“Kinked hoses are ok…just cut that part off.” 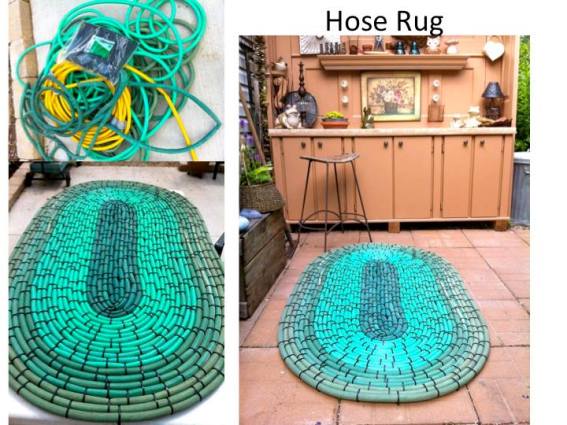 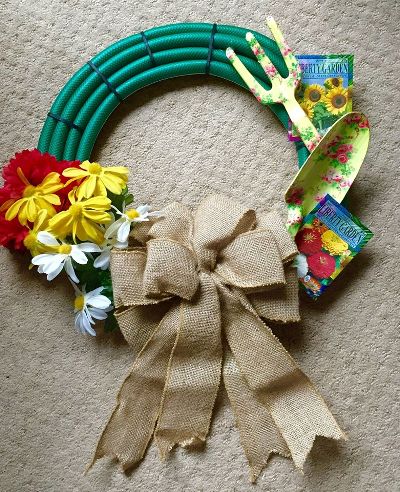 “One more item made from all those old free hoses I received,” Ann tells us. “This one is going to my Mother-in-law. She is in a nursing home and they all loved the umbrella one I made for her for spring. Lets see how many people copy the idea like they did with the umbrella. I hope so…I love seeing how creative people can get and how they make it their own.”