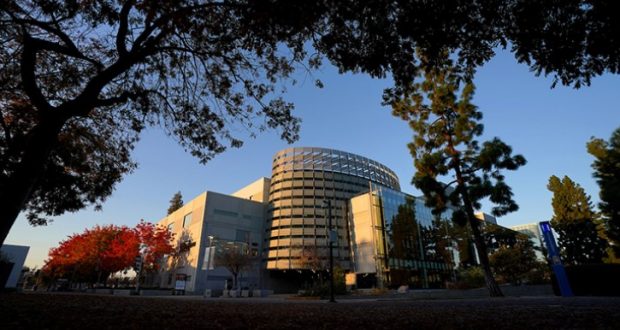 For now, the library will be referred to as the Fresno State Library, or the Library. Efforts to remove Madden’s name from signage, websites and other locations on campus will begin as soon as possible.

Henry Madden Name to be Removed From Fresno State Library

Madden was University librarian from 1949 to 1979. The CSU Board of Trustees voted to rename the library after Madden in 1980. “I charged the task force to determine whether there had been a development of thought that led Dr. Madden to reject the hateful views that he held in his twenties and thirties,” said Fresno State President Saúl Jiménez-Sandoval. “Since Dr. Madden personally curated the materials before turning them over to the library, he was fully aware of their contents and knowingly included the disturbing letters and documents in the collection. While Dr. Madden had the opportunity later in life to reflect on those views, there is no evidence that he renounced those views. It is unfortunate that the undercurrents of his racist views remained palpable throughout his life. Naming a building or any key campus area must align with our communal values and reflect our shared spirit of discovery, diversity and distinction.”

A library naming task force will be formed to review the CSU naming policy to determine the course for recognition of the library. The CSU Board of Trustees will ultimately approve any name change, which may not occur for another year or more. “The library offers quality information, access and services for learning, no matter what name hangs on our walls,” said Del Hornbuckle, dean of Library Services. “We’re looking forward to moving ahead, providing a welcoming space for intellectual inquiry in the heart of the Fresno State campus.”

The action to remove the name followed a formal request to the board on May 18 by President Saúl Jiménez-Sandoval, after a task force’s five-month investigation, reviewing 53 boxes of material containing more than 100,000 letters and documents that Madden had donated to the University’s Special Collections in 1982.

A team of Fresno State researchers and scholars, assisted by 12 Fresno State history students, conducted an analysis of the contents and materials. Madden personally curated the materials before turning them over to the library, and he was fully aware of their contents and knowingly included the disturbing letters and documents in the collection. Additionally, the work of the task force included a period of community comment where through two open forums, detailing the findings. The task force issued its 74-page final report in May.

“As a member of the task force, I can assure our Fresno State community that the committee was thoughtful and comprehensive, and acted with the utmost integrity,” said Jerry H. Mann, a task force member who also serves as chair of the President’s Jewish Leadership Council. “The dedication of our scholars, students and library staff who contributed to this huge undertaking deserve our thanks and appreciation for a job well done.”

Check out this virtual walking tour of the newly named Fresno State Library.