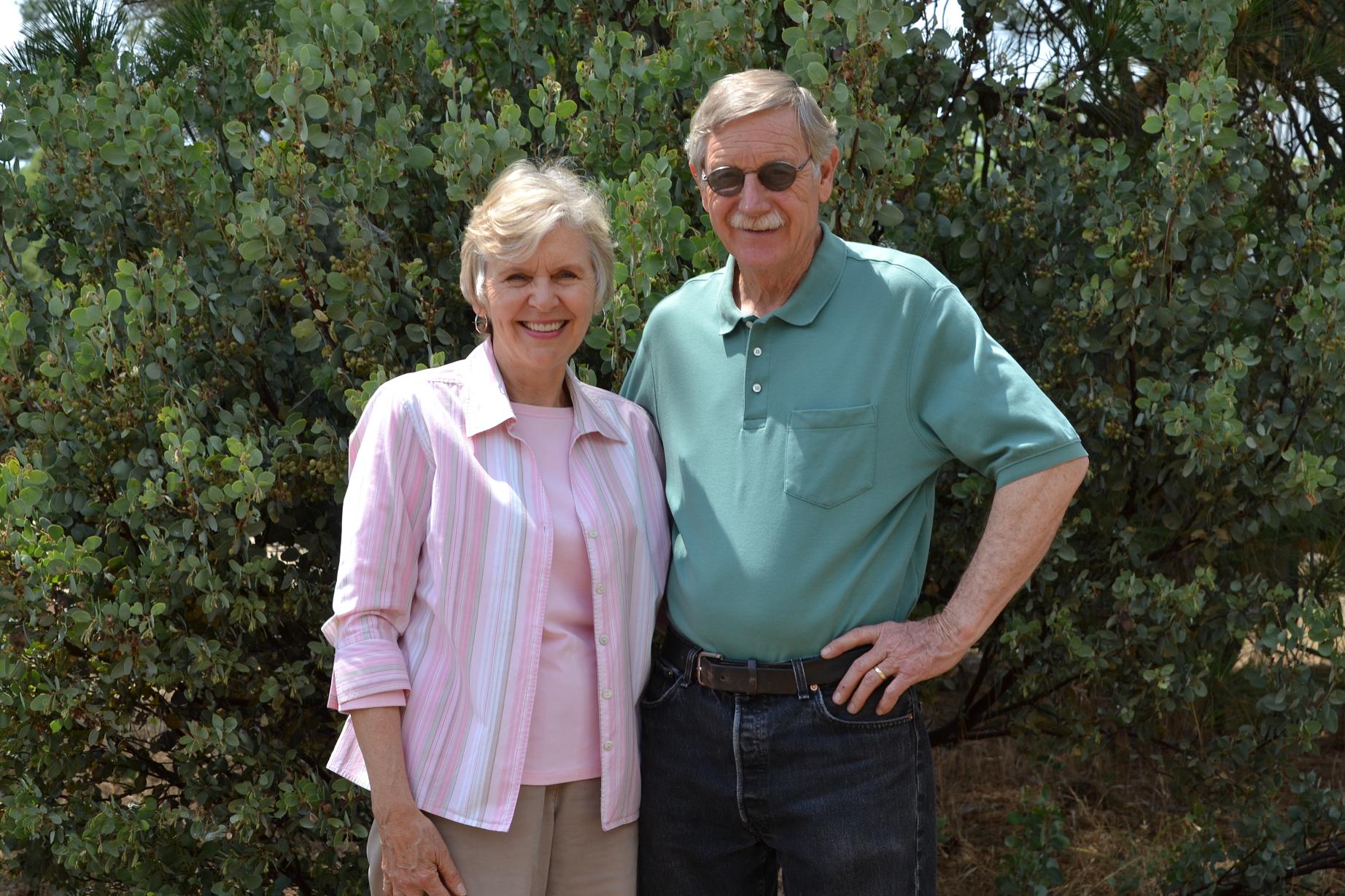 NORTH FORK – Ken and Marcia Goodwin have been chosen as Grand Marshals for the 54th annual Loggers Jamboree. Ken says he was very surprised when he learned that he and Marcia had been selected to represent the community this year.

“I was pretty shocked when they called and told me,” he said. “I know that this year they are using my dad’s slogan ‘From Tree To You,’ and we are both very honored.”

Born in a Fresno hospital in 1947, Ken has called North Fork home his whole life, and plans to continue doing so for many years to come.

“It’s the only address I’ve ever had on my driver’s license,” he says.

Ken’s parents, Vince and Ann, moved from the Los Angeles area to North Fork in 1941 to start a lumber yard. Goodwin Lumber was born into a bustling foothills community where the main industry was logging and lumber and the jobs created in the forest. The small town he knew as a kid has changed in many ways. North Fork used to be the big town in Eastern Madera County, much larger than Oakhurst. With the improvements to Highway 41 some years back, that has all changed.

As a boy, Ken grew up around Goodwin Lumber, working along side his father. He was never involved in the early logging operations, but he did work at the sawmill as a teen.

Ken graduated from North Fork Elementary School in 1961 and recalls that his was the last class to attend the original school down where the North Fork Town Hall still stands. The classrooms are long gone, but the Town Hall which served as the cafeteria and gymnasium back then, continues to serve the community, playing host to weddings and funerals, chili cook-offs and pancake breakfasts.

After graduating from Sierra High School in 1965, Ken went on to study in San Jose and earned his degree and teaching credential at Fresno State. He taught physical education at Sierra for seven years, recalling that his main drive to get into teaching was his desire to coach.

In 1978 he realized that his Dad needed help to keep Goodwin Lumber running, so he gave up teaching and went into partnership with his dad. He and Vince ran the business until about 1995 when Vince retired.

Ken met Marcia Harris soon after taking on the lumber yard job full time, and they were married in 1981. Marcia was born and raised in Connecticut, and had moved to Oakhurst by way of Phoenix, Arizona.

Ken says their marriage was a package deal, as Marcia had two sons, Howard and Lee. Both boys graduated from Sierra High and went on to earn their college degrees and pursue their own careers.

Since 1981, Ken says Marcia has been the most important person at Goodwin Lumber.

“She manages the office and does all the bookkeeping,” he says. “Without her, Goodwin Lumber would not function as efficiently as it does. The pay is not very good, but for some reason she stays.” Marcia also spent 20 years as a teacher’s aide at the North Fork School.

Ken believes that Goodwin Lumber is the oldest original family owned business in North Fork. His father, and Goodwin Lumber founder Vince, passed away on Feb. 10, 2013 at the age of 99. Vince started the North Fork Lions Club in 1950, and was a charter member for 62 years, and Ken has most definitely picked up that torch.

He has been actively involved in the North Fork Lions Club and a valued member for the past 31 years. The Lions are dedicated to helping the community by taking on major projects that improve the quality of life for residents and visitors alike. Just a few of those projects over the past decades include construction of the rest rooms at the Recreation Center and pouring the concrete slab in front of the Snack Shack, building the large storage room onto the Town Hall and putting in new sidewalks, re-roofing the Scout Building, extending the drying rack area at the new fire station and putting up the banner poles at the Crazy Y near the Post Office.

Ken remembers attending the very first Loggers Jamboree in 1959. He feels that the true Grand Marshals are the many people who have helped to preserve the traditions and keep this event going. With the Jamboree using his father’s motto “From Tree to You” as their theme this year, Ken and Marcia are proud to have been chosen as Grand Marshals and to be part of the 54th annual Loggers Jamboree.