COARSEGOLD – It was an all too familiar scene last night on Road 415 at Trabuco. Another driver arrested for felony DUI, another victim airlifted to the hospital in critical condition.

At 6:28 p.m. on Tuesday, Jan. 22, Jonathan Olmedo, 32, of Coarsegold was westbound on Road 415 just before the Trabuco turnoff when, due to his high level of intoxication, he allowed his 2005 Honda Civic to drift across the center line, crashing head-on into another car, says the CHP. Keith Dion, 26, of Hilmar, was the driver of that other car, headed eastbound in a 2005 Ford Focus. The force of the impact demolished both cars, and both drivers were pinned in their vehicles.

Fire crews worked for nearly an hour, using the jaws of life to extract Dion from his vehicle. He was then airlifted by Skylife to Community Regional Medical Center with serious injuries. Olmedo is a paramedic with American Ambulance in Fresno, and the CHP says he was under the influence of an “excessive amount of alcohol.” He was traveling at an unknown rate of speed when he smashed into Dion’s car. 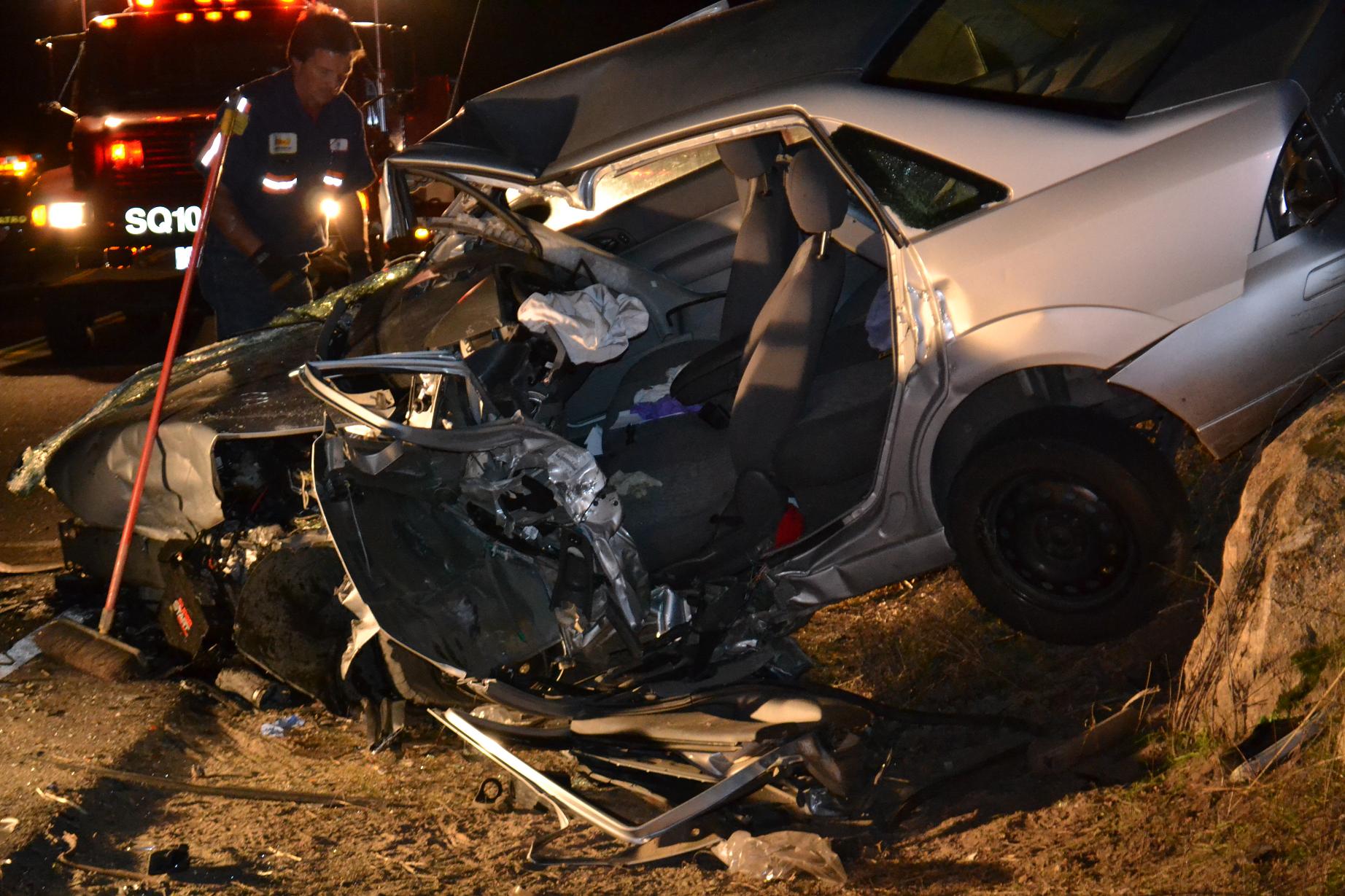 According to the CHP, Olmedo was arrested for felony DUI causing injuries, and due to his own extensive injuries, was released from custody into the care of medical personnel at Community Regional Medical Center.

Madera County Fire and Cal Fire engines responded to the scene, along with CHP and Sierra Ambulance.