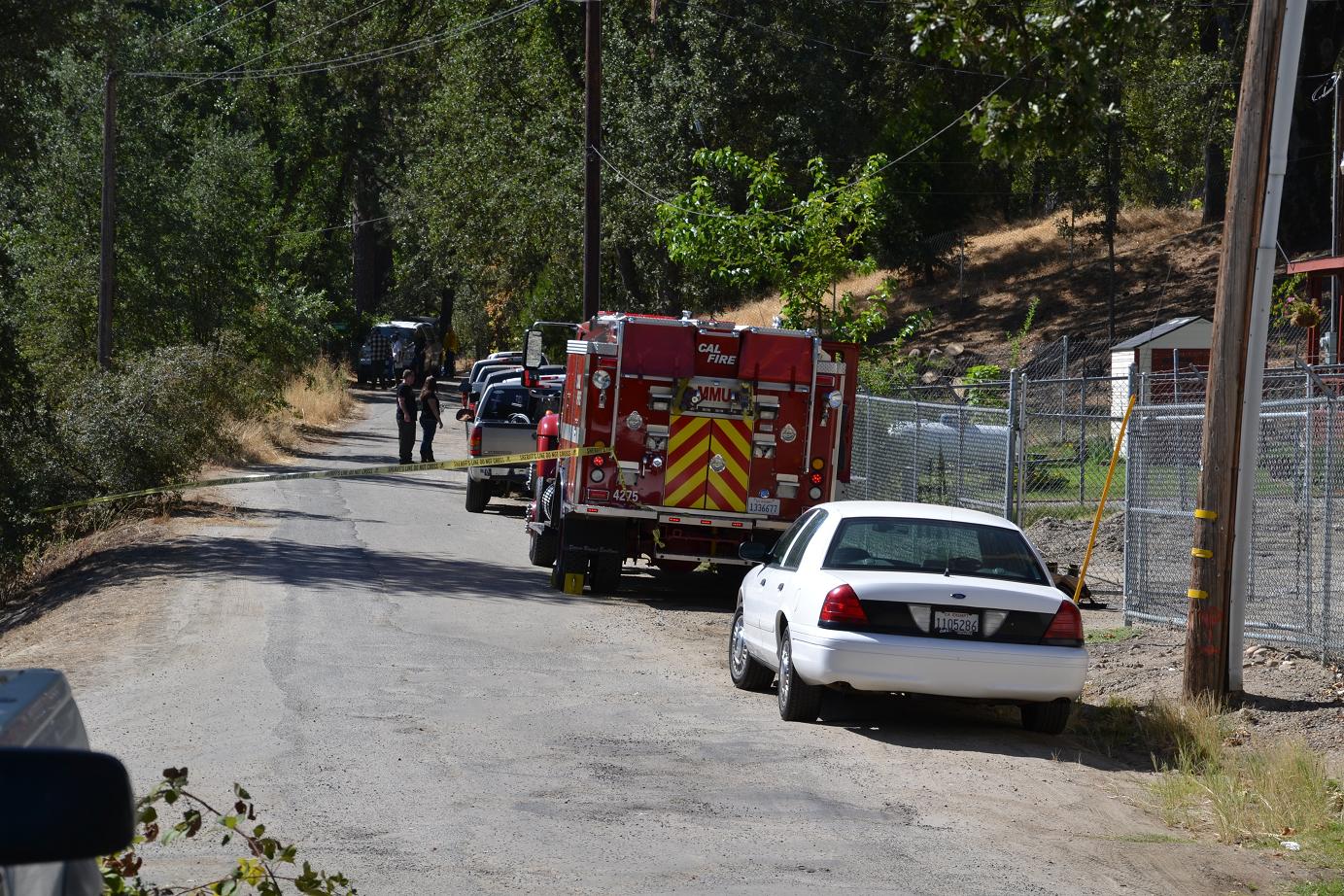 NORTH FORK – The end of Willow Creek Drive in North Fork has been taped off as a crime scene as investigators begin the work of processing the scene and learning the identity of a deceased person discovered on a property near the end of the road.

According to Erica Stuart, Madera County Sheriff’s Office Public Information Officer, deputies had been investigating the case of a missing person for nearly two weeks.

Christopher Garrity, 29, of North Fork, had been reported missing, and deputies were receiving conflicting reports as to the circumstances of his disappearance.

Investigators were being led to believe, based on statements from the missing man’s brother, that Garrity had just taken off, and as a “voluntary missing person,” there would be no “be on the lookout” issued unless he was considered an at-risk individual, suffering from dementia or mentally challenged.

As pieces of the case didn’t add up for deputies, they began digging further, and finally requested a warrant to search the property where Garrity lives on Willow Creek Drive.

Last night, investigators executed a warrant to search both Garrity’s property and the one adjacent to his. Madera County Sheriff’s Deputies, along with Search and Rescue K9, searched both locations and discovered skeletal remains on the property next to Garrity’s.

With the advanced stage of decomposition, officials are not able to positively identify the body, and it is not known at this time whether it is that of the missing man.

Based on what sheriff’s deputies learned last night, they took Marc McMurrain, brother of Christoper Garrity, into custody in connection with the disappearance of his brother.

McMurrain is now being held on suspicion of murder with bond set at $1 million.

McMurrain has a long history of arrests, including willful cruelty to a child, felony child neglect, possession of a controlled substance, drunk and disorderly conduct, parole violation and burglary.

In May 2012, McMurrain was arrested for child endangerment when his 8-month-old baby was left unattended and fell out of a van, landing on his head on the concrete parking lot at Bass Lake.

He was also charged with misdemeanor battery when he then reportedly attacked reporter Nicole Garcia and cameraman Matt Romero of KMPH Channel 26 as they were covering the story.