YOSEMITE – It has been 37 days since the Ferguson Fire began burning in the Merced River Canyon near Savage Trading Post, and today officials have announced that the fire is 100 percent contained at 96,904 acres.

The fire has scorched land on the Sierra and Stanislaus National Forests, inside Yosemite National Park, on BLM holdings, and in Cal Fire’s Madera-Mariposa-Merced Unit.

Though 10 historic structure were lost, no inhabited homes were damaged or destroyed.

Crews have reached a significant milestone, but there is still more work to be done. Firefighters will continue to patrol, mop-up and repair firelines. During the heat of the day, some interior islands of unburned vegetation will continue to ignite, but they are not a threat to containment lines. Resources continue to assess and remove hazard trees along roads, especially on the Wawona Road between Chinquapin and Tunnel View.

All areas of Yosemite National Park are now open to the public with the exception of Highway 41 (Wawona Road) between Wawona and Tunnel View. That final stretch of road is scheduled to reopen on Friday, Aug. 24.

There are currently 881 personnel assigned to the incident.

The Wawona Road (Highway 41) will remain closed from Wawona to Yosemite Valley until Friday, Aug. 24, at 8 a.m., due to ongoing fire activity and firefighter operations. Park visitors should be aware that there is still active fire and smoke on the roads and people should drive with extreme caution. 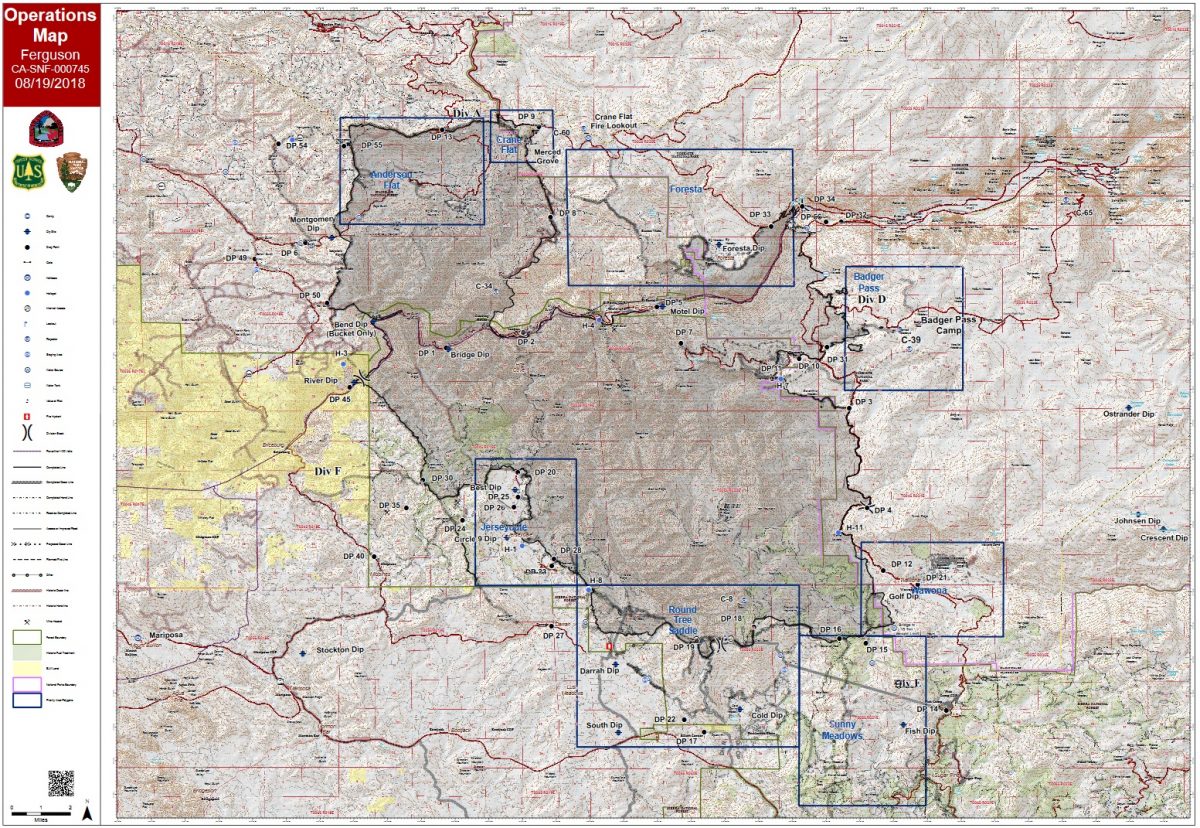