COARSEGOLD – Crews were called out at 1:17 p.m. this afternoon for reports of a vegetation fire on Creek Road, just south of Patrick Avenue in Yosemite Lakes Park.

First firefighters on scene reported the fire at about one acre, burning in grass and oak woodland, with two structures immediately threatened.

Patrick Avenue was closed off at Yosemite Springs Parkway, and for a short time, CHP and Cal Trans were stopping vehicles from exiting off of Highway 41 to enter YLP. 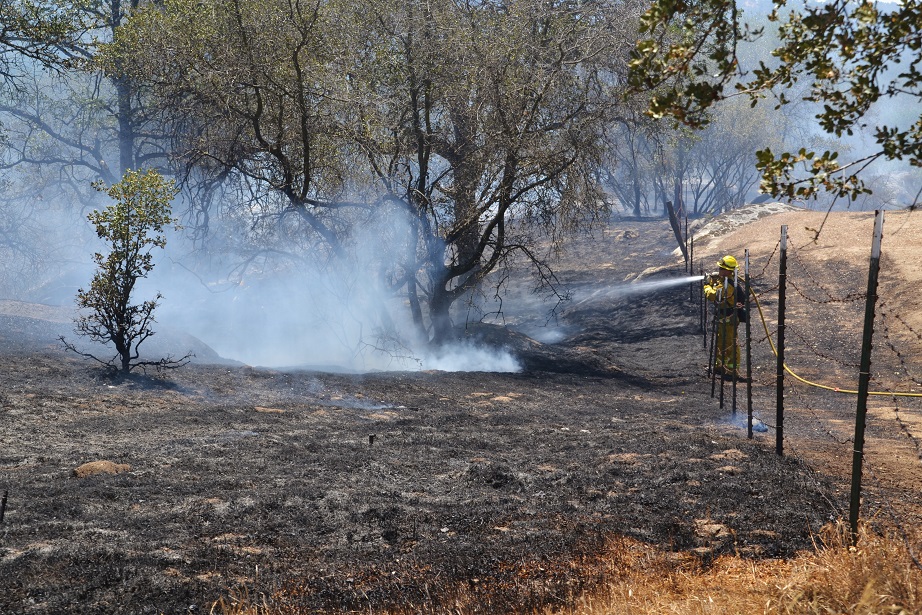 Two air tankers were also dispatched to the incident, and circled over the fire until it was determined that they were not needed and they returned to base without dropping.

Another fire started just east of main fire, and burned about 1/2 acre before crews got that one knocked down.

Residents near the incident were warned to be prepared to evacuate, but by 2:10 p.m., crews had stopped the forward progress of the fire and resources not already on scene were released to return to quarters.

Firefighters held the blaze to 2.5 acres, and no structures were lost. The fire was contained at 4:15 p.m.

Crews are still at scene doing mop-up and securing firelines. The cause of the fire is under investigation.