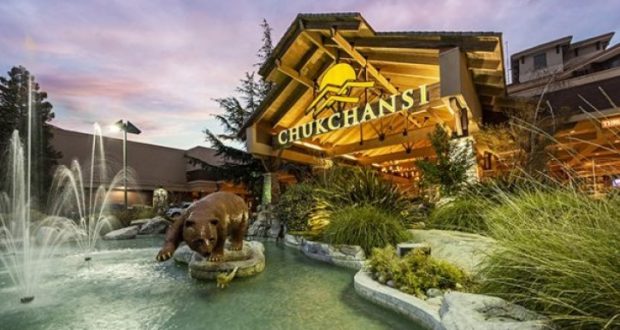 Get the latest news from Chukchansi Gold Resort & Casino!

COARSEGOLD — The Chukchansi Economic Development Authority (CEDA), operator of the Chukchansi Gold Resort & Casino, today announced the repayment of the remaining balance of $26.2 million to Western Alliance Bank, which will fully retire its obligations under its bank loan. Chukchansi Gold’s strong business performance and CEDA’s conservative financial decision-making have resulted in a 100% decrease in debt outstanding since early 2021 and will free up valuable resources for reinvestment in its businesses and its community. Janet K. Bill, Chairperson of CEDA said, “The repayment of all CEDA’s debt represents the culmination of years of effort by our leadership team to take control of our tribe’s economic future. Going into the debt restructuring, a process that began in 2018, the CEDA Board held steadfast in its primary goal to be debt free as soon as possible. We are thankful to our employees and management team for making Chukchansi Gold the region’s best resort casino, and to our valued customers for their loyalty and continued patronage. They have enabled us to become debt free years in advance of expectations. By shedding our debt, we are securely positioned to not only maintain Chukchansi Gold as the region’s highest-quality resort casino but to also empower our Tribe to expand its economic development initiatives in the region.”

Chukchansi Gold’s strong business performance, coupled with CEDA’s conservative financial management decisions, have enabled it to redeem all of the $193 million in notes, issued in 2021, and as of this week, repay the remaining balance of its $30 million bank loan that was part of a successful debt restructuring to become debt free.

“CEDA’s restructuring transaction has proven to be a huge success for the Tribe and the unprecedented early retirement of both its notes and bank loan reflects the unwavering commitment of its leadership to set a clear and unburdened path to economic self-sufficiency for its community. CEDA’s business success and careful stewardship of its finances following a very challenging period are testimony to the strength of its leadership and management teams; their efforts represent positive role models for Indian Country businesses across the nation” said Frank King of Stuyvesant Square Advisors, the firm that serves as financial advisor to CEDA.

About the Picayune Rancheria of the Chukchansi Indians

The Chukchansi Economic Development Authority (CEDA) is a wholly owned enterprise of the Picayune Rancheria of Chukchansi Indians, a federally recognized Indian tribe based in Coarsegold, California. CEDA owns and operates the Chukchansi Gold Resort & Casino in Coarsegold, California.  Since opening in 2003, Chukchansi Gold Resort & Casino has been voted No. 1 for 14 years as Best Casino by People’s Choice Awards, sees over 130,000 monthly guests and employs over 1,200 individuals — disbursing roughly $50 million in payroll and benefits into the local economy every year.