Your Health: Who Pays The Ultimate Price? 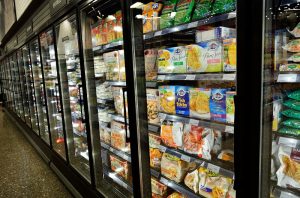 Earlier this month some researchers took a look at historic documents of the Sugar Research Foundation from the 1960s, in order to better understand how the medical community could have missed the mark so disastrously in identifying the cause of heart disease.

What they found, Hollywood could easily make into a corporate greed sort of movie. This is how the story goes that has helped create a nation of obesity and an epidemic of heart disease:

Back in the 1950s, men were having heart attacks in record numbers, so the question was asked, “What causes heart disease?” By the 1960s two researchers tackled the question and came up with divergent answers. Ancel Keys claimed fat and cholesterol were the primary agents of heart disease. John Yudkin was finding sugar played a significant role.
An epic battle between these two researchers and public opinion ensued until the director of research of the Sugar Research Foundation (SRF) stepped in and began a campaign to vilify dietary fat.

The SRF didn’t just go after the consumer to convince them that low-fat, high sugar diets were the ticket to health, they also paid researchers to manipulate their data to point the finger at fat and cholesterol as causing heart disease rather than sugar. The results 50 years later are obvious: obesity and diabetes have become an epidemic not only in the United States but worldwide.

Thank you very much to the sugar industry for shortening the lives of so many people. Rather than apologize for their predecessor’s criminal behavior, the Sugar Association continues to deny that sugar plays a role in heart disease. If you want more of the dirty details of this story, here’s a link to the original research uncovering the manipulation and arm twisting that occurred.

For me, none of this information is a huge surprise and it only reinforces how I approach my own well being. I eat real food, I avoid processed food, and any recommendations from any source that do not jive with the above, I take with a grain of salt. That means when the medical world recommends ways of eating that include things like margarine, non-fat milk, and low-fat diets, I run in the other direction. Your body is your business and ultimately you are the one who will pay the price for misinformation. Sometime research is wrong, sometimes research is manipulated and sometimes it is incomplete. Occasionally, hopefully rarely, research is bought and paid for by a foundation with an alternative motive. Luckily, there are now rules about public disclosure when conflicts of interest occur in the funding of research.

When I speak to different groups, the first thing I tell them is that I’ll be offering lots of advice but if what you have been doing works for you, keep doing it!

If what you are doing is not working for you, gather information from different sources and then decide what will work best for you; be in charge of your body and what you put into it, you’re the one who pays the ultimate price.