Last Splash And Big Thanks For Yosemite Swim Club

OAKHURST — Yosemite Swim Club (YSC), a fixture in the mountains and at the Yosemite High School (YHS) Baker Swim Complex, hosted a well-attended USA sanctioned swim meet on Saturday and Sunday, Oct. 12 and 13.

Meanwhile, YSC confirmed what some have known already – the popular club is disbanding to accommodate a new swim team organized through Yosemite Unified School District (YUSD). 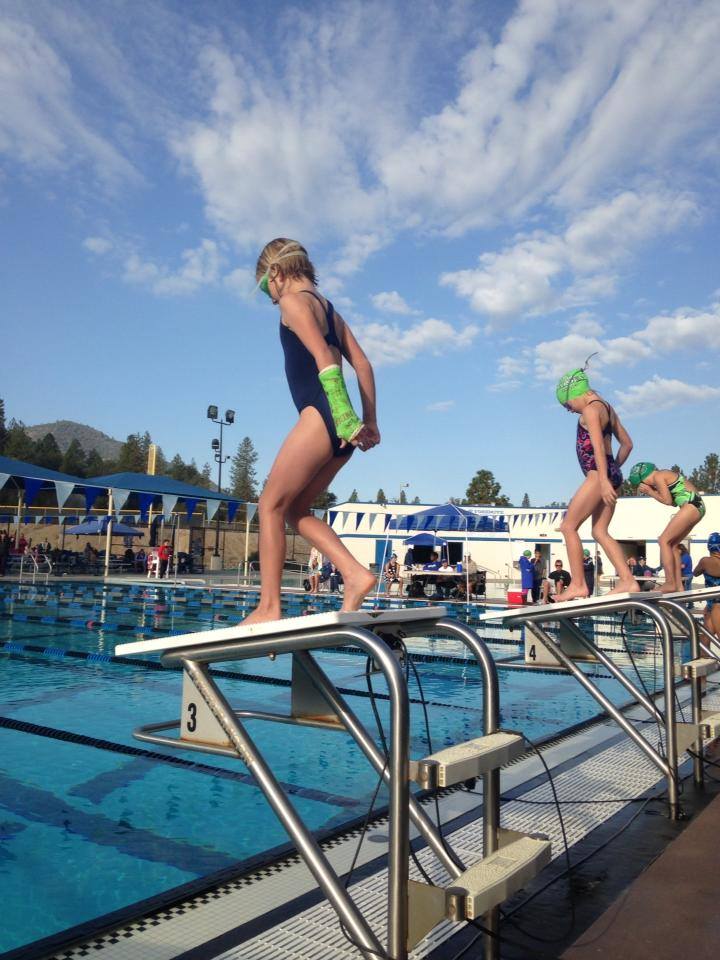 The mission of nonprofit Yosemite Swim Club, founded in 2004, has been to ensure that there is “no one left behind.” On the group’s website, organizers state “we intend to offer a program for all swimmers to reach their greatest potential as both a swimmer and an individual.” The program places emphasis on commitment to a healthy lifestyle and strong work ethic to make “better swimmers” with skills that will “help carry them through life.”‘

That may be so for those adults and children who participated in the program of nearly ten years, but not any longer. Now, the Board of Directors has announced YSC is disbanding amid reports that the YHS Athletics Department has formed a new swim club in its place.

“After a decade of swimming in the mountains, the Yosemite Swim Club regrets to announce that we must dissolve our USA-swimming affiliated club. YUSD is requiring that we disband as they plan to form their own swim club,” says YSC Board member Dr. Karen Lauterbach. “We will no longer offer a year round youth USA swim team, year round adult lap swim, a summer recreational team or summer water polo. We hosted our last swim meet on Oct. 12 and 13 and our last practice will be November 22.”

The announcement may have an affect on many families. “On average we have about 100+ youth and adults participate during summer season and 30-40 who are year round,” estimates Dr. Lauterbach. “This summer we hosted the largest swim meet ever held at Baker Swim Complex. It was a championship meet with over 700 swimmers competing,” reports Dr. Lauterbach, who explains that she was on a pool committee in Oakhurst even before there was a pool in town.

“We spent a few years meeting with the goal of building a pool in the Oakhurst area. Eventually it was decided that YHS would be the location of the community pool. This would be funded with school bond money from the bond that passed in 1998, along with local donations including YSC, who donated the boiler for the pool with the help of generous donations from local individuals and businesses,” continues Dr. Lauterbach.

“Once the pool was built in 2003, I along with my husband Glen and [then] future YUSD aquatic director Chad Houck worked together to form YSC, a nonprofit USA swimming club.” Their goal then was to have a year-round swim club for children in the mountain communities. YSC started with just two swimmers and grew from there.

“As time passed,” Dr. Lauterbach recalls, “YHS/YUSD was unable to offer community swim programs and asked us if we could do that. To keep our club running we had USA certified coaches on deck year round. Some were paid and some were volunteers.

“The swim club board, operations of the club, and all the meets have been organized and run 100% by volunteers. It is amazing how dedicated and hard working the swim families have been over the years.”

While disappointed that YSC is disbanding, essentially due to a lack of sufficient available hours forthcoming at Baker Swim Complex (hours that are a condition of USA swim team accreditation), Lauterbach has tremendous appreciation for all the people who’ve helped out over the years. “YSC is immensely grateful to the community for its support and participation since our grand opening at the newly built YHS/Baker Swim Complex pool in 2004. Thank you to all the individuals and businesses who donated funds, time, services and products to YSC, and to the parents who volunteered countless hours on deck and behind the scenes. Thank you to those who helped create and coach our summer water polo team,” continues Dr. Lauterbach.

“Thank you to our coaches who taught your children butterfly, backstroke, breaststroke, and freestyle and who got up in the dark all year long to lifeguard in the morning adult lap swim. Most of all, thank you to all our members: the lap swimmers and the hundreds of children who participated. You are the reason that YSC existed.”

Swimmers for YSC will represent the club at an IM Extreme meet on Nov. 9 in Tulare. For more information contact YSC or visit on Facebook.

According to Yosemite High School Athletic Director Michele Chenowith, the new swim club is holding a parent information meeting in the library at YHS on Thursday, Nov. 21 at 6 p.m. More details will be made available at that time.