Three Events And One Proposal At Triathlon

BASS LAKE – Results are in for the 4th Bass Lake Classic Triathlon, held on Saturday, May 31, and the news is good.

Not only was the turnout excellent, one triathlete is now engaged to be married.

“We had 489 triathletes participate this year, the biggest turn out yet,” said Rhonda Salisbury of the Yosemite Sierra Visitors Bureau, “and one proposal!”

Special thanks to photographers Virginia Lazar and Monique Wales, along with the Yosemite Sierra Visitors Bureau, for photographs of the event. (Click on photos to enlarge)

“We had quite a few locals do the triathlon this year, a lot more than in years before,” said Salisbury, and that was clearly the case.

Triathletes began the day with a swim in the waters of Bass Lake, followed by a challenging bicycle ride around the lake and through the Sierra National Forest. They finished with a run along the shores of Bass Lake. Before it was over, one triathlete would become engaged at the finish line. Three racing options were offered; the first was the International Distance Triathlon, which consists of a 1,500 meter (1 mile) swim; 40 kilometer (25 mile) bike; and a 10 kilometer (6 mile) run.

“We hear over and over from the athletes that they love this race because of the beauty of Bass Lake and the friendly people that live here,” continued Salisbury, who is grateful for the support of the community and all the volunteers who come together to manage an event this size. 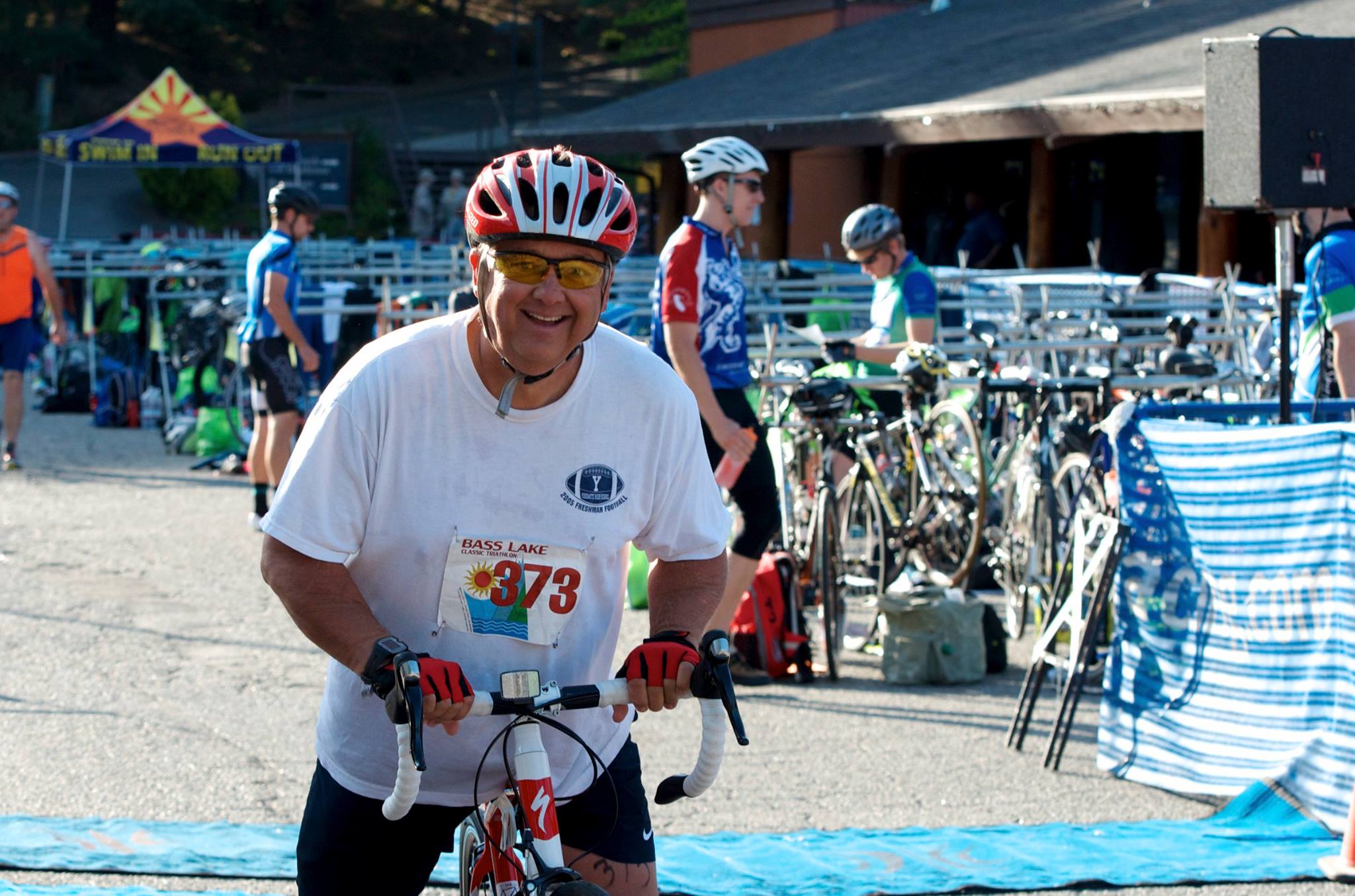 “The race wouldn’t be successful without the more than 100 volunteers who helped with traffic control. body marking, chip distributions, cheering and keeping the athletes safe on the course.”

The Yosemite Sierra Visitors Bureau offers “a big thank you to the communities of Bass Lake, North Fork and Wishon for your patience and understanding with traffic control and diversions on race day!” Salisbury also noted, “The Pines Resort had a delightful pasta dinner on Friday night and the Bass Lake Lions Club made a delicious BBQ lunch after the race on Saturday.” The third option within the triathlon was a benefit 5K run (3 miles) with proceeds going to local charities. Yosemite Gateway Association of Realtors, YHS Scholarship Fund, Yosemite High School Athletic Department, and the Bass Lake Lions Club are among the beneficiaries. The top three winners in this category were Brian Flaiguore (21:14), Lars Sulzmann (24:05) and Myriam Rosiles (24:41).

“It was an amazing event! We even had a marriage proposal at the finish line.” As one participating triathlete crossed the mark, she was surprised to be met by a her boyfriend who was offering a ring: as the crowd cheered, Mark asked Tammy to marry him.

The day was particularly auspicious because Tammy has recovered from injuries sustained during the bicycle portion of the race in 2013, in time to finish the triathlon this year.

According to Rhonda Salisbury, “she said ‘Yes!'”